It was cold and windy so we didn’t go to too many houses but the girls looked so cute!

Last night I hung up our scary flying skeleton decorations outside while the girls were playing downstairs. Munchkin had come up and said that they were scary and she didn’t like them. She’s been saying that all decorations in all the stores are scary so I really wasn’t surprised. But I down played it with “ah, they’re not real, silly. I just put them up.” She still wasn’t convinced though.
Peanut came up a bit later and I was in the kitchen and overheard:
“Munchkin! Come here! Halloween is outside! Look!”
And very quietly I’m laughing. (Halloween is outside… she’s hilarious!)
Munchkin replies: “They’re scary.”
And very innocently, Peanut says “No they’re not scary. They’re pretend.”
Twas the night before Halloween
and all through the crypt
EVERY creature was stirring
(except one bat who got gypped).
The monsters had gathered
to plan and prepare,
for the trick-or-treaters
who soon would be there.
Mummies unraveled and put on new wraps.
Spiders found corners and spun silky traps.
Count Dracula grinned and slicked back his hair.
Frankenstein’s bride cried, “I’ve nothing to wear!”
“Hurry up!” said a ghoul who started to yawn.
“There’s so much to do before bedtime at dawn.”
So the witches brewed up a magical potion
which set every monster and goblin in motion.
They blew up balloons, and hung streamers and lights,
and decorated till the wee hours of night.
Meanwhile the children were tucked in their beds
while visions of candy corn danced in their heads.
And when the awoke, it was Halloween Day.
There was bobbing for apples and rides in the hay.
There were costume parties, and games to be played;
Cupcakes and candy and, of course, a parade!
After dinner was served and the kids were done eating,
it was finally time to go trick-or-treating!
Moms re-painted faces, and straightened clown hats,
put wings back on fairies, angels and bats.
Jack-o-Lanterns were set out on porches with care.
Their grins seemed to say, “Knock if you dare.”
Gypsies and pirates and zombies in rags,
grabbed their bright flashlights and trick-or-treat bags.
They walked down each lane, avenue and street,
rang every doorbell and yelled, “Trick-or-Treat!”
But just when the children thought they were done,
the princess piped up, “We’ve forgotten just one!”
So they walked to the house at the top of the hill,
which gave all the kids a spine-tingling thrill.
They stood on the porch and were ready to knock,
when they heard heavy footsteps, and a turn of the lock.
When what to their curious eyes should loom,
but a wicked old witch holding a broom.
Her cape-how it shimmered! Her face-oh, how scary!
Her hat was so pointy, it frightened the fairy!
The wicked witch said, “Welcome. We have a surprise.”
And the children yelled, “Run! It’s not a disguise!”
The monsters were sad when the kids ran away.
They wanted the children to come in and play.
The wicked witch said, “We can have our own fun!
Come on, little monsters, the night’s just begun!”
The monsters all cheered as they danced with delight,
“Happy Halloween to all…and to all a fright’s night!”
–author unknown 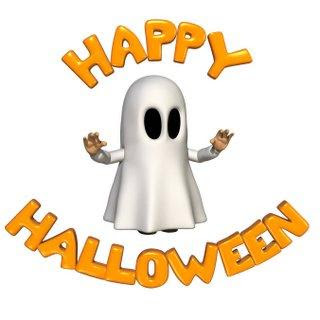 Parenting isn’t easy. And there are many books out there that try to help you raise your kids to be the happy, successful, independent adults that we hope they can be.

Sara Dimerman has written a book, “Character is the Key” which helps parents to understand their own core characteristics in order to help model these as their children grow up.

The basic concepts that are discussed in the book are something that we can start now and continue to build on as the girls get bigger. But our girls are still little and the activities suggested for he Family Plan and for each of the characteristics would be way over their heads. I can’t really hold a family meeting with a 2 1/2 year old who won’t sit still for a full episode of Toopy and Binoo

The way Sara Dimerman has organized the book will make it easy to review it in the future. Each chapter has a “short and sweet” review of the ideas and concepts that were discussed. The Family Plan has worksheets to help each family member define themselves and their goals and these can be found on her website. And the last part of the book takes each characteristic and goes into detail of how it can be a part of your life. She suggests having a monthly family meeting to learn about these characteristics.

I’ll definitelykeep it on hand for when the girls are old enough to participate and give feedback. Until then, it will be up to BigDaddy and I to make sure that we teaching and showing the girls how to be the best people they can be.

I wrote this review while participating in a blog tour campaign by Mom Central on behalf of Character Is the Key: How to Unlock the Best in Our Children and Ourselves and received a gift certificate to thank me for taking the time to participate.