We had a great weekend!  Munchkin? Maybe not so much….but she’s one tough cookie.

We got invited up to a friend’s cottage for the weekend.  BigDaddy and I had gone to the cottage many times in the past, but for one reason or another, we hadn’t had been in touch with our friend, Sheri.  Through the magic of Facebook we reconnected and found ourselves at the cottage.

It was the famous “Chemongadong” weekend where family and friends invade the cottage for the weekend with lots of fun, laughs and booze. We brought our trailer and camped outside as there were to be 20 plus people including kids.  That’s a lot of people to try to sleep in one cottage.

I took the afternoon off on Friday so that we could try to get up to the cottage without being stuck in a lot of traffic. No such luck. Westbound 401 through Durham region was bumper to bumper.  Once we hit the 115 we were flying.  After a quick dinner in Peterborough we landed at the cottage around 6 and were all set up within the hour.  The girls had already made friends and were off playing.  Our evening was spent mingling with Sheri’s brother and friend, Andrew. Sheri didn’t arrive until 10:30pm, just in time for us to say good night and head to the trailer. The girls crashed immediately and were out for the night. 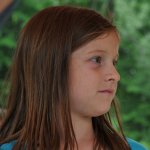 Saturday morning we awoke to find Munchkin’s eye all puffed up. With the kids being in and out of the forest yesterday we chalked it up to some allergy, gave her a bit of Benedryl and sent her on her way playing again.

We had a leisurely morning with a big bacon-and-egg breakfast. The kids headed off to the lake with Andrew to play in the sand and fish off the dock.

Munchkin had no intention what so ever of leaving so we left her with Andrew while BigDaddy, Peanut and I headed into Peterborough to check out the Farmer’s Market and Costco. When we got back, Munchkin slipped on the deck and fell. She scraped and bruised both legs and her arm in 2 places. A quick clean up and a band aid and she was off and running again.

The kids wanting to play at the water, put their bathing suits on and that’s when we noticed the perfectly round welts on Munchkin’s leg and ankle. They had been under her shorts. So the swelling of her eye and now the ones on her legs must have been caused by a bug bite of some sort. They weren’t bugging her (no pun intended) so we left them alone.

A nice long afternoon at the dock with snacks and drinks was followed by dinner and campfire. The kids roasted marshmallows and as the sun went down the tunes went up. It was awesome. Great conversation and lots of laughs.  Around 11pm we headed to bed, and again, the kids crashed. 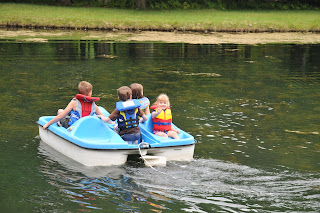 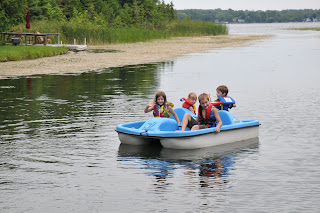 Sunday morning we had yet another awesome eggs and bacon breakfast. While we were cleaning up, the kids went outside to play on the swing set. Next thing I know, Munchkin is crying. One of the kids had started swinging and twisting and kicked her in the leg.  Yep, another scrape and bruise.  She just could not catch a break.

Then came the Chemongadong Minute to Win It challenge. We played a bunch of games and had lots of fun.

One of the events was Sandcastle building. We didn’t win, but we had a lot of fun trying. 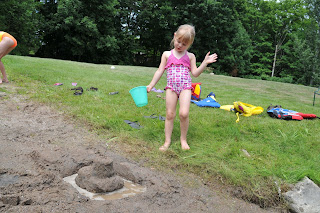 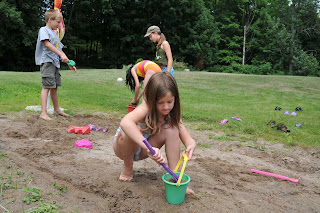 When things slowed down, BigDaddy and I packed up the trailer and made sure we were already to go.  This way we could just relax for the afternoon and leave after dinner. Sheri and Sue got back from shopping and we all headed down to the dock to sit and relax.  It was a beautiful day. 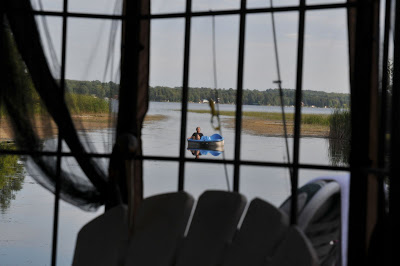 Andrew was helping the kids fish off the dock when Tyler caught a fish. Tyler wanted to throw it back in, but when Andrew went to hand it to him, the fish ended up flopping all over the dock.  Rachel freaked out and ended up sitting on my lap. She said that the fish slapped her foot and Andrew came over to wipe it. When she said “no, it’s the other foot,” we stopped laughing because she really did get slapped by the fin and it scrapped her foot. 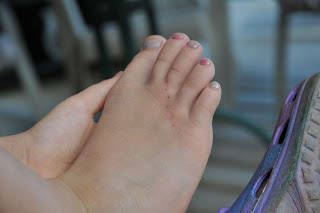 After a bit more relaxing, it was 7pm. No one was really hungry as we had been snacking all day so BigDaddy and I decided that we should just head out. 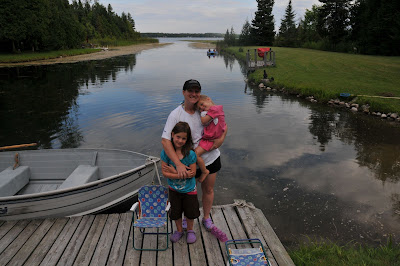 The girls put their jammies on and climbed in to the truck.  Less than 20 minutes down the road and they were out.  We headed straight home and arrived around 10pm.  Once the girls were put into their beds, BigDaddy and I followed suit.

It was a great weekend.  Hopefully next time we go up to the cottage, Munchkin will come away with a few less welts, scrapes, bruises and fish-slaps.