The inclination to become unfaithful after seven years of marriage.

There is a counter on the right sidebar that says in 37 days I’ll be having my blogoversary.  I’ve been blogging for 7 years as of May 4th!

I can only hope that you’re all not thinking of becoming unfaithful.  That would make me sad.

To thank you all for sticking around, I’m lining up some great gifts to give away!

If you offer a service or product that you would like to give away, please let me know! I’d be more than happy to share it with my readers. Or if you’d like to offer a discount to my readers, that would be pretty awesome as well!  You can email me at mapsgirl@gmail.com. 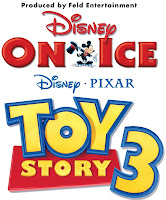 Tuesday night, we had the pleasure of seeing Disney/Pixar’s Toy Story 3 presented by Disney on Ice.

Before the show began, Catherine Connors stood at the edge of the ice in her beautiful tutu. She explained to everyone about Tanner, DMD and the tutu-wearing community who has supported her and helped her raise money and awareness for DMD. Pure awesome!

Mickey, Minnie, Donald and Goofy come out and introduced the show, explaining that we’ll see some of the highlights of all three Toy Story movies. With Andy narrating, the toys re-enact many of the favourite scenes as “remember when” sequences looking back at Toy Story 1 and 2. After intermission, they tell remaining part of the Toy Story 3 movie!

The Disney on Ice people are really smart — they use music that the parents like but is catch for the kids. And the Dads seemed to like the Barbie scene where 20+ Barbies were all skating together in 80s-style workout clothes.

Andy and the toys put on a great show and you can’t help by love them all!

Toy Story 3 is playing at the Roger Centre until March 20th!
For information on purchasing tickets and to read more about Tanner, please click here!

Here are some shots that I took with my iPhone: 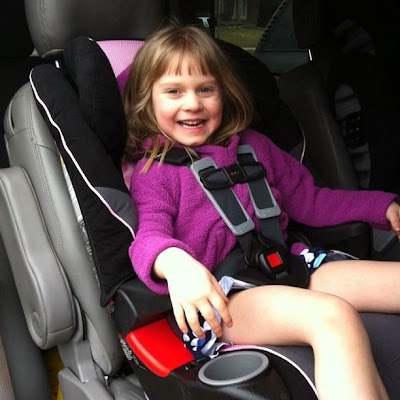 A few weekends ago, my mom was at our house to baby sit the girls when we went out.  I had left my iPhone downstairs and went upstairs to get dressed and ready to go. My iPhone notification goes off saying that I have a mention on Twitter.
Fade to the living room:
Gramma [shouting up the stairs]: Your phone is ringing!
Munchkin: No, Gramma, it’s from Twitter.
Gramma: Oh, I don’t know how to twitter.
Munchkin: Tweet.
Gramma: I don’t know how to do that either.
LOL!
My 6 year is gonna be a Social Media guru.  Is @Munchkin taken?

Recently CTV News talked about some of the digital things that parents are doing for their children.

Many children already have an online presence early on from parents posting images or videos of their little ones on social media pages or sharing them with loved ones via email and digital photo albums. Yet by registering customized accounts, domain names and profiles in their names for future use, some tech-conscious parents are giving their kids a digital jump-start.

An online survey for Internet security company AVG released last fall found 81 per cent of kids under the age of two currently have some kind of digital profile or footprint, with images of kids posted online. In Canada, that percentage surpassed the average, at 84 per cent. Canadian moms ranked first among respondents who uploaded prenatal scans online at 37 per cent.

While the percentages of mothers who registered online accounts in their babies’ names were comparatively lower, Canadian moms polled topped the averages in those categories.

I’ve thought about this; picking email addresses and twitter names for the girls.  But I think I’ll let the girls make their own marks on the world.  And I’m sure by the time BigDaddy and I allow them delve into the world of social media, there will be a whole new set of tools out there.

Does your child have their own digital foot print already? What is your take on reserving a digital space for your child?

Disney On Ice: Let’s Celebrate is…
Heidi and Diana!!


I hope that you and your families have a great time!