I’ve had an iPhone 4 since December 2010. Over the last few months I’ve learned some tricks that might not be obvious that you need to know about.

Tapping the home button and on-off button at the same time will take a screen shot that’s stored in the camera roll.  You’ll see some examples of screen shots below.

“when you click the home button to leave an app and return to the home screen, the app essentially freezes where you were and what you were doing and brings you back to it when you launch the app again. So, instead of starting over each time, you pick up where you left off. This isn’t really multitasking, but it’s a nice user experience.” Sam Costello, About.com Guide

Do you double tap?

You can use the double tap to switch between the apps that you use without having to go hunting through your many iPhone screens and folders.

With the multitasking window open, swipe left or right.  You’ve just found your iPod controls and volume controls.  Knowing this I took the iPod app off the first screen and tucked it away in a folder. 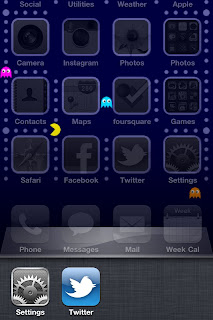 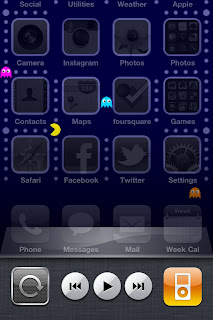 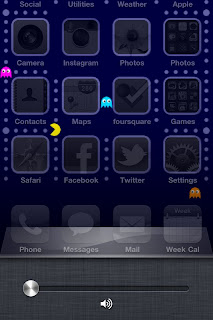 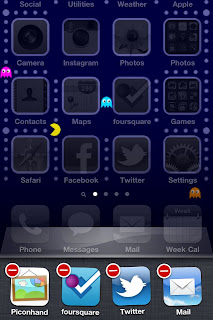 The apps that you leave open are draining your battery and potentially using up your data. To actually close the apps, touch and hold on any app in the multitasking window and it will start to shake. Click on red cancel icon on the top left corner and the app will close.

When I first learned about this, it was the end of January. After using my phone for a months and a half, I all my apps were open.  It took me a while to close them.

Sure the little battery indicator is cute, but it’s pretty useless. You can’t really tell what that black bar means.  Buried deep in the iPhone settings (Settings > General > Usage), is a battery percentage setting.  I find it much more useful.

There are more tips and tricks so stay tuned….

techie tips will run on Tuesdays and will be a chance for me let some of my inner geek show. Watch for more fun episodes. Same Bat-time, same Bat-blog!