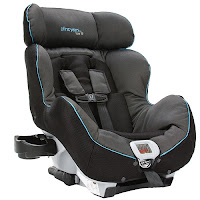 Today, Transport Canada survey results show that 96 per cent of all Ontarians buckle up. Ontario was the first province to require all drivers and passengers to wear a seatbelt in 1976. Since the law first came into effect, the number of people killed and injured in motor vehicle collisions has steadily dropped and it is estimated that seatbelt use has saved over 8,000 lives. However in 2009, approximately 1 in 6 drivers and passengers killed in motor vehicle collisions were not wearing a seatbelt.

On Monday, September 24th,
at Yorkdale Shopping Centre from 6am to 9am,
there will be a drop in Car Seat clinic!
Come early!

What Happens at a Car Seat Clinic?
Click here to find out!

Some of the events that will be going on at this year’s launch: