You are here: Home / Archives for Life / faith hope love
For the month of October, our church is focusing on Stewardship, both in our church and in our community. 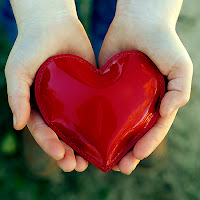 For the children in our congregation, we want them to understand what stewardship is all about: they have been given gifts from God in the form of time, talent and treasures.


Also, they are learning that with each of these gifts they need to

The kids were each given a $5 bill.  They were so excited!  With that money, they were asked to thank God for their treasure, use it wisely and to share it with others.

The lightbulb went off in my head.  Our plan for Sunday afternoon was to go to Indulge Ice Cream in Cambridge for their Waffle Stacks Grand Opening.  They were offering a special — Buy one waffle stack and get one waffle stack free…if…you brought in a food donation for the Cambridge Shelter.

After church we headed to the grocery store where we picked out some items that the shelter needed — cereal, coffee and sugar. 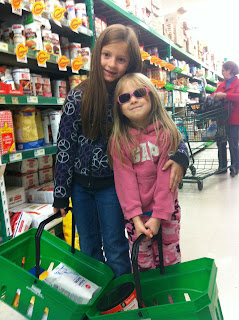 The girls used their treasures to pay for some of the food.  BigDaddy and I bought the coffee and sugar.  I’m always happy to give people coffee!! 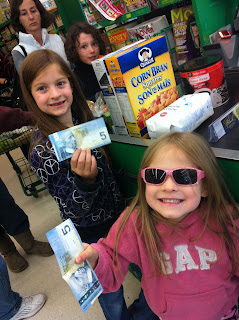 They were very proud to bring a big box of food to help the people at the shelter. 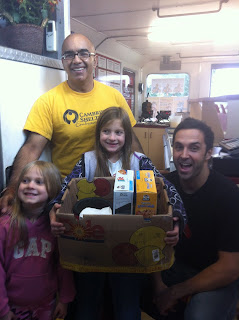 And if you’ve never been to Indulge Ice Cream, you have to!  It’s in a train caboose!!

Win for the Cambridge Shelter!
Win for us — Waffle Stacks are awesome!
Win for an amazing day of friends, learning and giving!

“I have some bad news”

“My position was eliminated”

He explained about the package and how long he’d be compensated for.

I was still crying.  What were we going to do?  The package he was offered would help us for a bit.  We had some time to figure things out.

And finally I uttered the words, “We’ll be okay.  We’ll figure it out.”

That was 1 year ago.

Once the tears stopped falling. Once fog lifted.  Big Daddy Kreativ was born.

Emails were sent. Phone calls were made.  And everyone who we could think of was told that Craig wouldn’t be looking for a new job, but would be working hard to build his business.

And build it he did!

. He has worked with some amazing clients from across Canada and continues to make new connections everyday!

Now I cry tears of joy!

… seeing Craig speaking at the #140ConfONT and loving the infectious energy it creates (Thanks, @jeffpulver)

… seeing that he’s busy designing some fun products for people; helping their businesses

… seeing him evolve from not knowing what a tweet-up is to running them with @kitestring, @troyclaus, and @dannybrown

I am so thankful of those twitter friends who have become amazing friends in real life and have become great supporters of Big Daddy Kreativ.  Knowing that people love Craig as much as I do (…almost…) is amazing.

I’ve always known how talented he is. At the previous job, he wasn’t able to use his talents to the fullest.  Now he has spread his wings and is soaring!

To my dearest Craig:
Everyone one was right…getting let go was the best thing that could have happened.  I am so very proud of you!  All your hard work is paying off.  You’re so much happier than one year ago.
I am very proud to be @BigDaddyKreativ‘s wife! 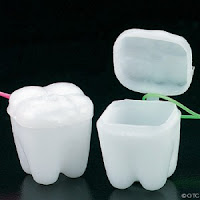 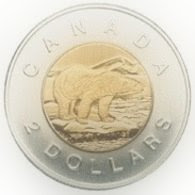 Even with all the excitement leading up to Christmas, part of me is sad that my Dad isn’t with us anymore.  This poem makes me feel a little better knowing he is at peace.

I see the countless CHRISTMAS TREES around the world below
with tiny lights like HEAVEN’S STARS reflecting on the snow.
The sight is so SPECTACULAR please wipe away that tear
for I am spending CHRISTMAS WITH JESUS CHRIST this year.
I hear the many CHRISTMAS SONGS that people hold so dear
but the SOUND OF MUSIC can’t compare with the CHRISTMAS CHOIR up here.I have no words to tell you of the JOY their voices bring
for it is beyond description to HEAR THE ANGELS SING.

I know HOW MUCH YOU MISS ME, I see the pain inside your heart
for I am spending CHRISTMAS WITH JESUS CHRIST this year.

I’ll ask him to LIFT YOUR SPIRIT as I tell him of your love
so then PRAY FOR ONE ANOTHER as you lift your eyes above.

Please let your HEARTS BE JOYFUL and let your SPIRIT SING
for I am spending CHRISTMAS IN HEAVEN and I’m walking WITH THE KING.

That was the doctor told our friend’s family after the surgery was completed.

Of course there were delays at the hospital so it was well into yesterday afternoon before all was said and done.

Now the recovery phase begins. The kidney donor will take 4-5 days to be released from the hospital but our friend will be there upwards of 10. I hope to get a chance to go visit.

Thanks for all your prayers and support!