You are here: Home / Archives for milestones
To my beautiful Munchkin on your 7th Birthday:
Wow… it seems like yesterday I was writing about your 6th birthday!  And now you’re 7!
BigDaddy, Peanut and I love you very much!
Last year at this time, you had only lost one tooth! 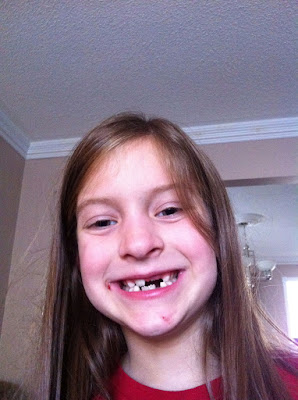 What you’re up to these days?

We can’t wait to see what you can do by next year!

That is my new mantra!

It has taken me almost a month to recover from the party that we threw for the girls.

Way back in September 2010, we purchased a party at Busy Bodies indoor play ground through WagJag. It was a really good deal.  Until this point, we have been able to avoid a party where anyone other than family has been invited.  With Munchkin in Grade 1 she has been invited to many friends’ parties and had started asking for her own.  This discount through WagJag was exactly what we needed.

In the middle of October, I called to arrange a December or January party. Due to the nature of this deal, there were only limited days available and we got to pick from dates in March. Ya, March.  Fortunately, I was able to rationalize this.  We’d pick a date close to Peanut’s birthday and have Munchkin’s and Peanut’s party together.  Perfect!

We had the girls pick their friends who they wanted to come.  We had some from school and some from the neighbourhood.  There were only a handful of friends at the party for just Munchkin; most of the attendees knew both girls so it worked out perfectly.  Invitations were delivered 4 weeks before the party, with an RSVP 2 weeks before the party.  We had to give numbers and other detail back to the party place a week before so we wanted to be prepared.

I started getting all the things ready that we needed to take with us: plates, cups, cutlery, cake, snacks (the party place was providing juice and pizza) and loot bags.

Yes, the dreaded loot bag.  Most parents don’t care for the dollar store junk treasures that comes home in most loot bags.  I know I don’t.  So I went online and very quickly and easily ordered the Loot Bag Combo from Mabel’s Labels.  (I’ll be posting more about this tomorrow!) ** See review post here **

Party day rolls around. And this is where we start to realise that we are never going to do this again. “Never” is pretty harsh. We will have a part for the girls again, but there will be major rule changes.

The party was to run from 9:30 to 11:30am.  We could arrive 5 minutes early to set up. And we had 5 minutes to get out after the party was done.  Fortunately, they had a staff member there as an extra pair of hands.  They helped set the table with plates, etc.  When pizza time rolled around, they dished that up and they cut the cake.

Getting the kids rounded up and seated to eat was not an easy task. I felt like I was trying to herd cats.  Once we got all the kids in the room, we realised that there was a kid I didn’t recognize.  One of the staff members came to help us out.  But the scary part was that this little girl didn’t know who’s party she was at the place place for.

Kids inhaled their pizza, scarfed down the cake and went running off again to play. I was able to clean up a bit and BigDaddy started taking the presents out to the car.  (Another reason I don’t want to do that again…no time to open presents with their friends).  And just as we finished cleaning out the room, parents arrived to get their kids. Loot bags were handed out. Thank yous were said.

That was the fastest 2 hours of my life.  I was completely stressed and rushed. I’m not sure exactly what happened.

But the reason why it was all worth while?  The girls had an awesome time with their friends!
To my beautiful Munchkin on your 6th Birthday:
(slightly belated – Dec 15, 2010)
Wow… it seems like yesterday I was writing about your 5th birthday!  And now you’re 6! 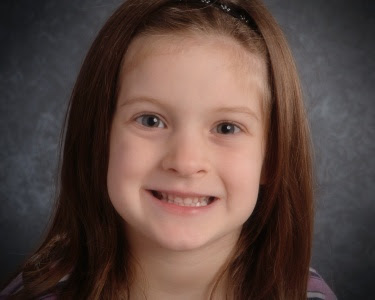 How did you change so much in one year??

And our friends at Molly Cake made a beautiful cake for Munchkin!

The cake was white cake with cookies n’ cream filling!  So yummy!
Thanks, @mollymcb!!
What you’re up to these days?
We can’t wait to see what you can do by next year!
Every parent celebrates each milestone their child reaches:
holding their head up, rolling over, crawling, eating sold foods, finally taking a bottle after 10 months of breastfeeding, walking
the toddler milestones are all a blur because they’re running and talking and singing and colouring and it all happens so fast
next thing you know they’re taking a very big step into post secondary education!
Cheerios wants to help with that and you could win a really nice RESP contribution!

You could have your child featured on a
special edition Cheerios Box
and WIN $10,000 towards an RESP from TD Canada Trust!

Go to the Cheerio’s website (www.cheerios.ca) to enter. It’s easy!

You’ll be asked to able to upload a picture of your favourite Cheerio’s Milestone. In doing so, you’’ll be entered for a chance to be one of 20 finalists to appear on a special edition Cheerios Box and win Cheerios for a year! PLUS one lucky grand prize winner will walk away with $10,000 towards an RESP from TD Canada Trust!

And Cheerio’s has a special giveaway for my readers!! 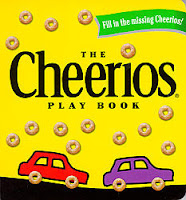 For sharing a story about one of your child’s milestones, you could win a Cheerios Playbook.

Enter a comment below and tell me a story about one of your child’s milestones.

Please add a separate comment for each bonus entry (and these only count if you did the required comment mentioned above):

I am participating in the Cheerios Milestones program by Mom Central on behalf of General Mills. I received a gift card as a thank you for my participation. The opinions on this blog are my own.

Peanut is going to be Prime Minster one day, if that is what she decides she’s going to be.  She has more determination in her than expected for someone who’s only 3 years 4 months old.

Peanut is definitely not her sister.  Not that I really expect them to have the same personalities, but it still suprises me sometimes as to how different they are.

Munchkin at this same age was still in training pants and we were begging, pleading, bribing, ANYTHING to get her potty trained.  When Munchkin was 3 years 4 months old, she was 5 months away from starting JK and we knew that she couldn’t go unless she was fully trained.  Can’t remember how it exactly happened, but one day Munchkin finally decided to go on the toilet and we were so happy.  For the first few months of school she still wore training pants at night but we didn’t care because she was dry at school.

Now I know that Peanut’s potty training success has a lot to do with my mother-in-law.  The girls are at their house while we are at work and my mother-in-law found the trick that worked with Peanut.  Every time Peanut would use the toilet, she got a penny.  Barely over 2 1/2 years old, Peanut was dry all day long.  A whole year earlier than her sister.

We hadn’t pushed the night training because she was young and we were so happy that she was day trained so much earlier than her sister.  Okay, fine.  I was also enjoying the fact that I didn’t have to deal with accidents in the middle of the night.  Training pants are so much easier to change than a whole bed.

Last night she put her foot down and refused to wear her training pants to bed.

I made sure the waterproof pad was on the bed and she went on the toilet just before getting into bed.

This morning she was DRY!!!  Woohoo!

And as a bonus, she slept in her own bed all night long (that’s another post).